I’ve been sleeping a lot better lately, but I’m overwhelmingly tired all the time. I start this post off with that fact mostly because I’m pretty sure the rest of it is going to be incoherent babbling.

I haven’t had much motivation to do anything the past few days. Having people around means that it’s pretty obvious if you don’t get out of bed until never or if when you do get out of bed the only thing you manage to accomplish for the rest of the day is watching whale documentaries on Netflix and eating leftover pizza. So instead I slept late, organized my kitchen a little and then watched whale documentaries and ate leftover pizza.

We also headed to the barn. My friend and I visited Simon on Saturday, but I didn’t have the energy or motivation to do much more than groom him. A barn friend was there, and told me that I should ride because I’d feel better. I didn’t exactly believe her, but decided that Sunday afternoon I would at least sit on my horse. I did, and then I trotted around the ring some. My leg felt solid, and even though it was humid and hot and I’m super out of shape – everything was like it should be. So I cantered, popped over three jumps in a series of roll backs and called it a day. Shortest, least productive ride ever but for the first time since Tim died I was able to not focus on the situation at all for a little while. Sitting up and not dropping my hands to the base of the fence? I can handle that.

Even though there is no motivation, there will be lots of riding in my future.

Right now I am a messed up, jumbled mix of emotions. I can’t tell tit for tat. Physically, I either feel tired and numb or like I’m about to hyperventilate at any moment. I never do though, and I don’t think it’s a panic attack… just the best way I can describe the feeling.

My point of this post, which is getting dwarfed by the incoherent babbling I previously mentioned, is attempting to say thank you. I have been shown more kindness, support and love than I ever thought possible. Some of it has been from total strangers, like a friend of a friend who sent me and the dogs a giant box of dog treats from the treat company that she works at.

A lot of that love has also been from everyone reading this blog.

When I saw what Tracy organized for me with the help from all of y’all in the horse blogging world, it felt like time stopped for a few seconds. I am so deeply, deeply touched. Maybe one day I will have more words and a better time processing how I feel right now to thank all of you personally, but know that I couldn’t be more appreciative. I just don’t know how to say thank you right now. 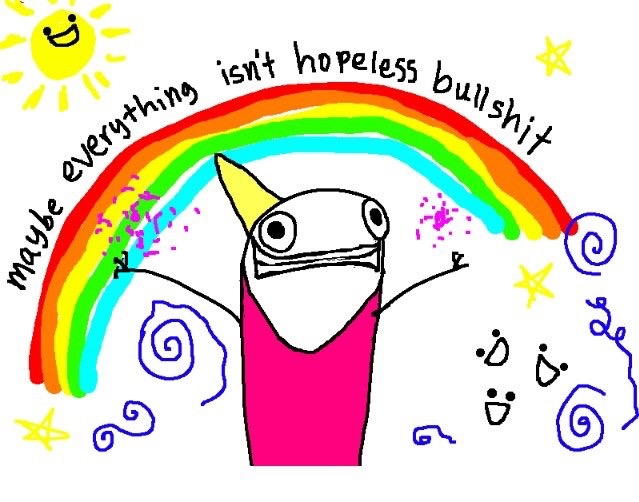 But seriously, thank you.

33 thoughts on “Don’t Know How to Say Thank You”

A good reminder today.
#nationaldogday doesn’t mean anything to this cr
Earlier this week I confessed to a friend some sha
Reminder to myself that I need to go to Barton spr
So fun to spend the weekend with @emilyjeankidwell
10/10 recommend getting a horse float for the rive
When you’ve still got that long weekend mentalit
Grade A selfies with an A+++ friend for a great fe